Robert Mood Lt Gen (R)
Robert Mood is a retired lieutenant general with extensive UN, National and NATO experience. He is educated at Norwegian military institutions ranging from the Officer Candidate School, and Military Academy, to the Norwegian Army Staff College. He is in addition educated at the United States Marine Corps University to include Command and Staff College, a Master of Military Studies as well as School of Advanced Warfighting. In 2001 he became an Ancien of the NATO Defense College in Rome.

Robert Mood started his military service in the Norwegian Brigade North in 1978, to finish with OC of Rifle Company in 1988. From 1989 to 1990 he deployed to Lebanon two periods as the operations officer of the Norwegian battalion to UNIFIL. 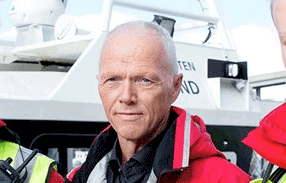 Following service, among which; operations officer, Defense Command South Norway and operation officer, Division 6 (G-3) he took command of Telemark battalion in 1998. He deployed to Kosovo (KFOR) commanding Telemark battalion as the core of an international battle group from 1999 to 2000 responsible for an area around Pristina, to include Kosovo Polje.

Following a period at the Joint Operations staff, Defense HQ he again deployed to Kosovo in 2001, this time to serve at COMKFORs Command Group as the Chief Joint Implementation Commission. Monitoring and facilitating KFOR and Serbian Army relations as well as former UCK supervision (KPC).

Upon his return to Norway he was promoted to Brigadier and took charge of the Combined Arms Training Centre. Before promotion to Major General in 2005, accepting the posting as Chief of Staff of the Norwegian Army, Robert Mood also served as the Commanding Officer of the Norwegian Army unit for transformation and development.

After four years in charge of the Norwegian Army he was appointed Head of Mission and Chief of Staff of UN Truce Supervision Organization with a regional role in the Middle East. He held this position until 2011 after which he was asked to implement a 6 ministries Government Action Plan as the first Inspector General of Veteran Affairs in Norway, a project he completed in January 2014.

From March 2012 to August 2012 Robert Mood established and headed the unarmed United Nations Supervision Mission on the ground in Syria during its 90 day mandated period to implement the six point proposal of Kofi Annan.
From june 2014 to august 2016 Robert Mood served as the Norwegian Military
Representative to NATO at its headquarters in Brussels as a permanent member of the Military Committee.

Robert Mood has been awarded The National Proficiency Medal, The UNIFIL Medal, The NATO Medal, International Operations Medal, The UNTSO Medal, The UNSMIS Medal, and The French Order of Merit. He was acknowledged with the Defense Forces’ Equal Opportunities Award of 2008 for his work with gender issues, the UN Veteran Associations recognition medal in Gold for his work for peace and veteran related issues, the Voluntary Women’s association for preparedness award for 2014, and the Freedom of Speech award 2016 by "Fritt Ord".

He is an acknowledged speaker, commentator and writer of articles for professional magazines as well as public media. Robert Mood has been Head of the Council for "Stiftelsen Arkivet" for many years and a board member at LEAD and an Orator.

Outdoor sports, sailing, biking and trout fishing are his favourite leisure activities.
Robert Mood is married and has one son.